Zak Kustok was a professional NFL quarterback who played for 4 teams over the course of 3 seasons. He played as an undrafted free agent for the Miami Dolphins in 2002 where was eventually waived for the rest of 2002, both the Green Bay Packers and Berlin Thunder (as part of the NFL Europe organization) in 2003, and he finished his NFL career with the Chicago Bears in 2004.

He was a co-MVP of the 2000 Alamo Bowl and also a 2001 finalist for the Johnny Unitas Golden Arm award and also attended Notre Dame and Northwestern universities. Mr. Kustok is now a businessman and is also involved in stock trading. He achieved a 35 on his Wonderlic Test Score. 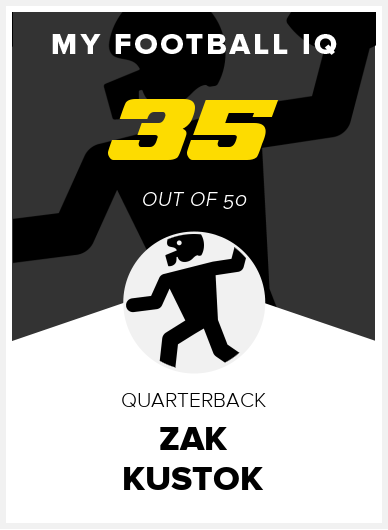