Marques Hagans played the position of wide receiver and quarterback on NFL teams. He grew up in Virginia and played football at Hampton High School. He helped his team win the Group AAA Division 5 state championship. He also played football at the University of Virginia. He played the positions of quarterback, wide receiver and kick starter there. He won the Music City Bowl in his last college game. He was chosen by the St. Louis Rams in the 2006 NFL draft in the fifth round. In 2008, he signed with the Kansas City Chiefs. He also signed with the Indianapolis Colts and then the Washington Redskins. He has a degree in anthropology. His Wonderlic test score is 37. 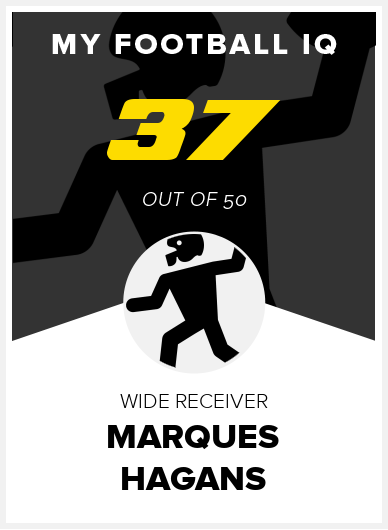