Nailing a respectable 37 on his Wonderlic Test Score is former Iowa Hawkeyes quarterback Chuck Hartlieb. While Hartlieb never actually played for the NFL, he was drafted by the Houston Oilers in 1989 and had a very respectable college and high school football reputation. He was named the 1983 Courier News Player of the Year for his play at Marian Central Catholic High School. He was named First Team All-Big Ten Conference in the NCAA and also played in the Hula Bowl and the Japan Bowl. He is currently employed as a financial planner in Des Moines, Iowa 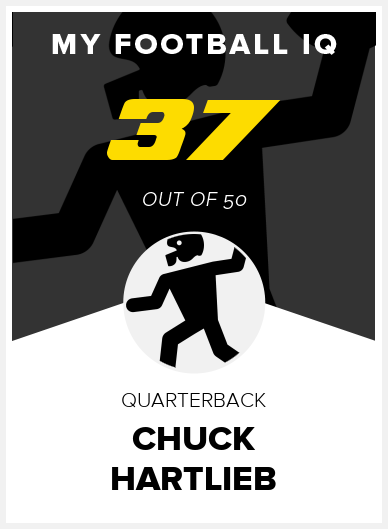