Vinny Testaverde was an NFL Quarterback for a number of teams, who is best known for his longevity (Testaverde played through his mid 40's). Testaverde had a Wonderlic Test Score of 17 and was selected by the Tampa Bay Buccaneers with the first pick of the 1987 NFL Draft. Testaverde's best years were with the New York Jets and include an AFC Championship appearance in 1998 (a game which the Jets lost to the eventual Super Bowl Champion, Denver Broncos). 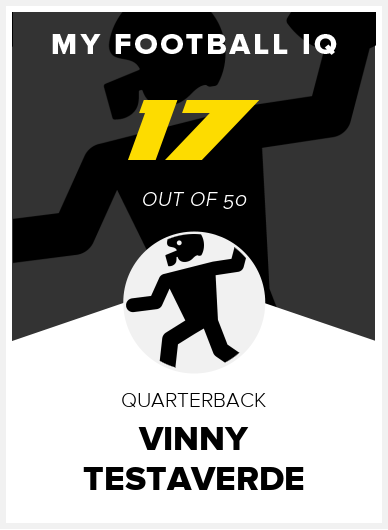