Reggie McNeal is a former professional football player with a Wonderlic Test Score of 19. McNeal was born on September 20, 1983 in Lufkin, Texas. He attended Lufkin High School where he played baseball, basketball, track, and football. During his senior year of high school, McNeal was named SuperPrep Offensive Player of the Year. After high school McNeal attended Texas A & M University. McNeal was an outstanding college football player, earning a spot as a semifinalist for the Davey O'Brien Award. After college, McNeal entered the 2006 National Football League Draft. He was drafted by the Cincinnati Bengals as the 193rd overall pick. In addition to the Bengals, McNeal has played football for the Toronto Argonauts, the Calgary Stampeders, and the Edmonton Eskimos. 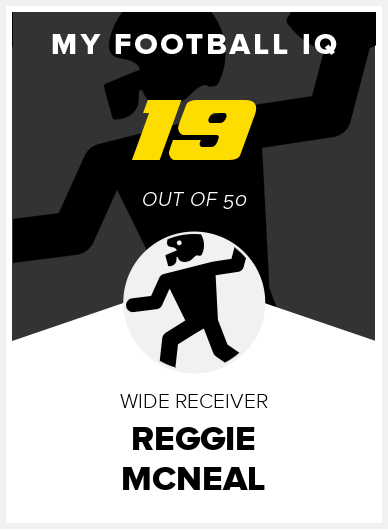