Cornerback Walt Harris carved out a 13-season career in the NFL after entering it in 1996 with a Wonderlic Test Score of 21. The one-time star at Mississippi State University worked hard and stuck with the NFL, which can be quite a grind for players. He bounced around the league a bit, but he made the Pro Bowl in 2006 with the San Francisco 49ers, which was his fourth team. That year, he was also name the team's MVP. Perhaps, observers should have known he would be a shining star deep into his NFL career. After all, in 1996, Harris made the league's All-Rookie Team. After a baker's dozen of seasons, Harris hung up his cleats with 35 interceptions. 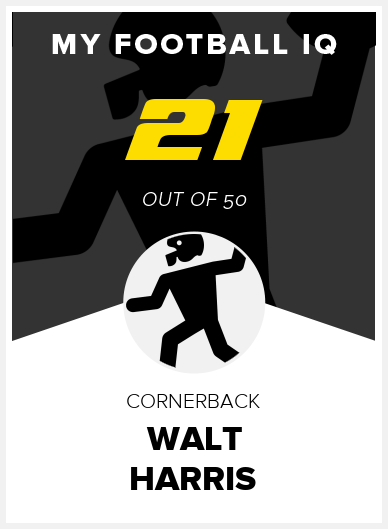