Jermane Mayberry is a retired professional football player with a Wonderlic Test Score of 21. Mayberry was born in Floresville, Texas, on August 29, 1973. He played both basketball and football for Floresville High School as a teenager. Jermane played college football for Texas A & M University. Mayberry was a Division II All-American while at Texas A & M University. After college Jermane entered the 1996 National Football League Draft. He was drafted by the Philadelphia Eagles as the 25th overall pick. Mayberry played several years with the Eagles before he was traded to the New Orleans Saints. Mayberry played for the New Orleans Saints until 2006. Mayberry started in 104 of the 123 games he played in during his professional career. 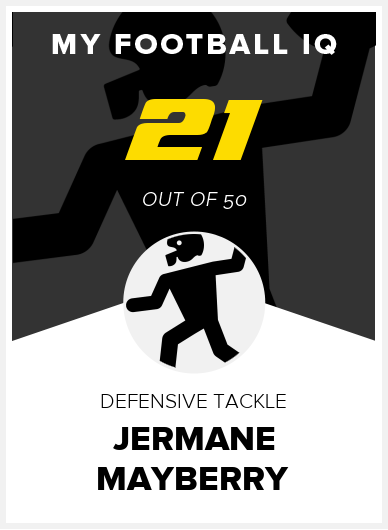