Robert Kent is a professional football player. He plays the quarterback position and has a Wonderlic Test Score of 23. Kent was born on October 6, 1980 in Indianola, Mississippi. He Attended Indianola Gentry High School where he earned All-State honors as a senior football player. During his senior year of high school he threw for 2,883 yards. After high school, Kent attended Jackson State University in Jackson, Mississippi. He started as quarterback all four years at Jackson State. After college, Kent entered the 2004 National Football League Draft, but he was not drafted. After a brief stint with the Tennessee Titans, Kent went on to play for several minor teams, including the Montreal Alouettes, the Lubbock Renegades, and the Toronto Argonauts. 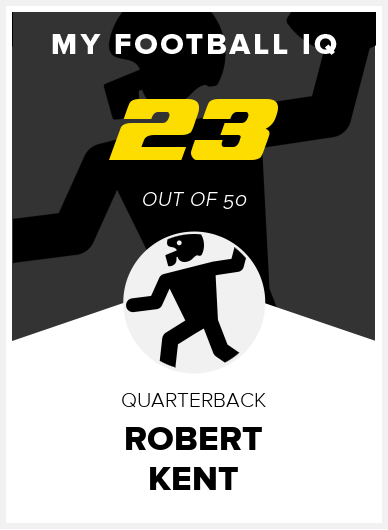