Don Majkowski is a former professional football player that played for Green Bay Packers, Detroit Lions, and Indianapolis Colts over a ten year period. Makowski was not a highly sought after prospect, but had a strong NFL combine showing that included getting Wonderlic test score of 21.

Majkowski, who played college football at the University of Virginia, was drafted in the 10th round in the NFL draft by the Green Bay Packers. With the Packers he had his most successful professional season in 1989 when he was named to the NFC Pro Bowl team and was named as a second-team All-Pro player. Makowski was eventually named as a member of the Green Bay Packers Hall of Fame following the 2005 season. 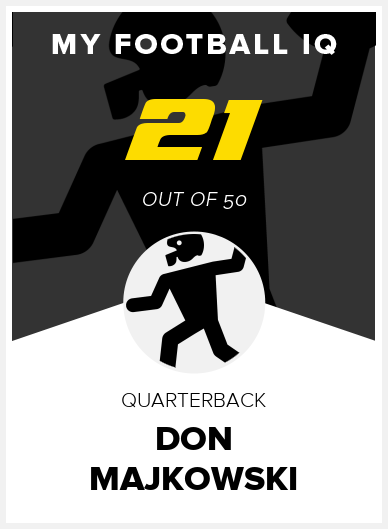