Tyler Thigpen is an American football player with a Wonderlic Test Score of 21. Tyler was born on April 14, 1984 in Winnsboro, South Carolina. He played college football for Coastal Carolina University. While at Coastal Carolina University, Tyler played the quarterback position. Thigpen also held impressive records while playing college football, leading the team to a 30-8 record during his time as starting quarterback. After college, Tyler entered the National Football League Draft and was drafted 217th to the Minnesota Vikings. In addition to the Minnesota Vikings, Tyler has played professional football for the Kansas City Chiefs, the Miami Dolphins, the Buffalo Bills, and the Cleveland Browns. 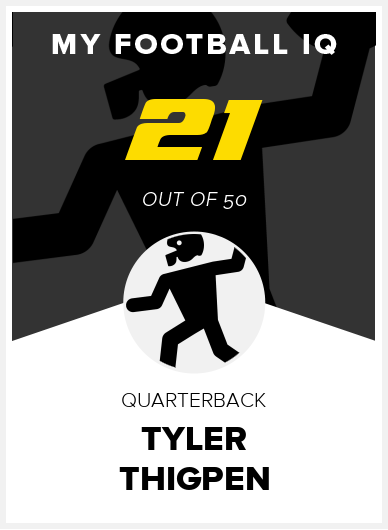