Louis Nix plays football for the New York Giants as a defensive tackle. He has jersey number 97. In high school, he played football and basketball. He also was in track and field. He was an All-State defensive lineman. He had 10 sacks and 50 tackles in his senior year of high school. He also played football in college and had 27 tackles in his senior season. In the 2014 NFL draft, he was drafted in the third round by the Houston Texans. He had to have knee surgery and was unable to play football. He was cut from the team. In 2015, he signed with the New York Giants. He has a Wonderlic test score of 23. 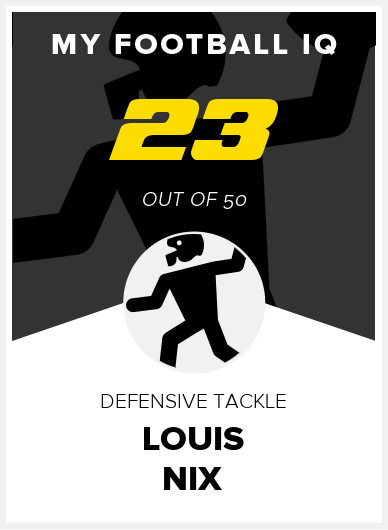