Scoring a substantial 23 on his Wonderlic Test Score, Justin Rascati, former James Madison University quarterback played for the Dukes from 2004-06. Transferring from the University of Louisville Rascati is now the quarterback coach for Weber State University, a Football Championship Subdivision program for the Sunbelt League. Best known for his offense, claiming JMU'S only National Football Championship. The former quarterback is aiming to leave his mark in football coaching. Raccati graduated from JMU in 2007. After being cut from the mini-camp rosters of the Chicago Bears and the Montreal Alouettes in Canada, Rascati realized his talent lay in coaching. Beginning at high school,he aspired to the college level. He landed his first college coaching job at Weber State. 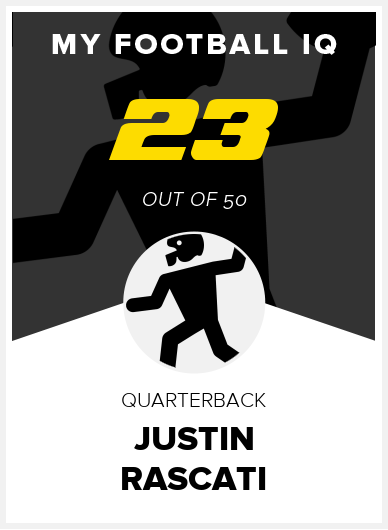