Jeff Smoker is a former professional football player that played for four different NFL franchises over a three-year period. Smoker was a standout player at Michigan State University and was eventually drafted in the 6th round of the 2004 NFL draft after having a strong showing at the NFL combine, which included getting a Wonderlic test score of 23.

Smoker was drafted by the St. Louis Rams in the 6th round of the 2004 NFL Draft. Smoker ended being on the Ramsê roster for two seasons in a backup role. After being released by the Rams, Smoker was an offseason and practice squad participant for three different teams. He also played for two different teams in the Arena Football League. 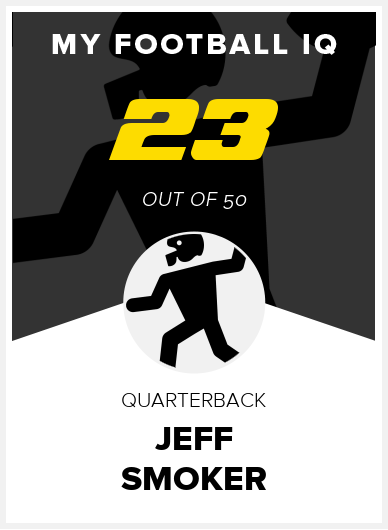