Lawrence Phillips was an NFL Running Back with the St. Louis Rams, San Francisco 49ers, and Miami Dolphins. Originally drafted out of the University of Nebraska, Phillips had a Wonderlic Test Score of 23. Phillips was best known for his off field struggles and legal issues. Recently, Phillips was charged with killing a fellow inmate and sentenced to life in prison. Shortly thereafter, correctional officers found Phillips in his cell dead of an apparent suicide. The life of Lawrence Phillips was marked by tragedy. 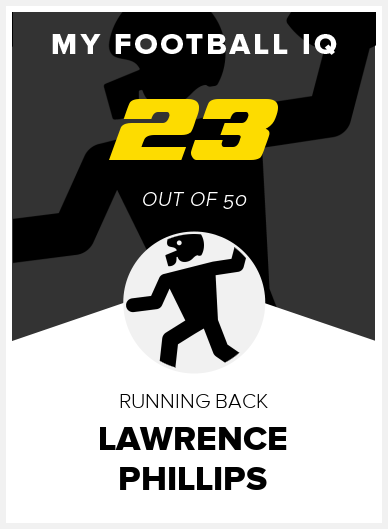