He was then drafted in the sixth round of the NFL draft by the Baltimore Ravens, but was quickly released. After leaving the Ravens, Anderson was quickly signed by the Cleveland Browns. Anderson spent five seasons with the Browns, the best of which came in 2007 when he was the starting quarterback for the majority of the season, was named to the Pro Bowl team, and was voted as the most improved player in the NFL. 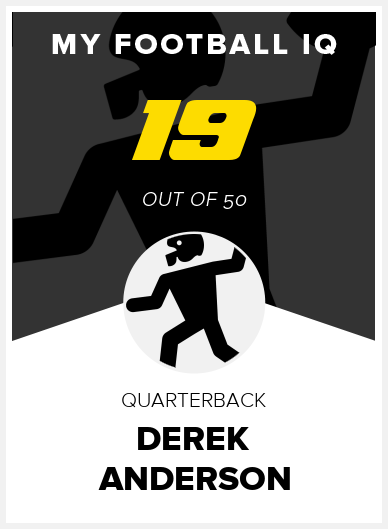