DJ Shockley played quarterback at the University of Georgia for four years. DJ's 2005 season campaign was undoubtedly his best, totaling 3,555 yards from 443 pass attempts, 240 of which were completions. That season, he threw for 24 touchdowns and converted four with his legs. Shockley won the Bobby Bowden Football Player of the Year Award in 2005 and led Georgia to an AP ranking of 10th overall. Shockley netted a Wonderlic test score of 19 in preparation for the 2006 NFL Draft, where he was selected in the 7th round by the Atlanta Falcons, then led by coach Jim More. Unfortunately, DJ's career was plagued by injuries and subsequently retired five years later. 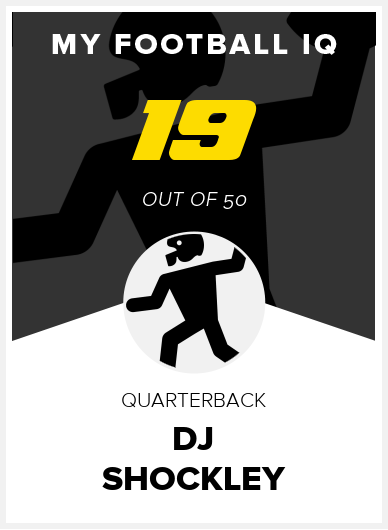