After an outstanding high school career at Aptos High School in California, Trent Dilfer played quarterback at Fresno State for 3 seasons, where he threw for 7,631 yards on 865 attempts at a 59.1% completion rate. In his 1993 campaign, Dilfer notched a QBR of 167.2, the highest of all NCAA starting quarterbacks that year. Trent Dilfer went sixth overall in the 1994 NFL Draft after netting a Wonderlic test score of 22. Dilfer played for five teams throughout his thirteen-year tenure, including his single season with the Baltimore Ravens in 2000 in which he won a Super Bowl. After his career as a football player, Trent Dilfer has worked for ESPN as a broadcasted analyst. 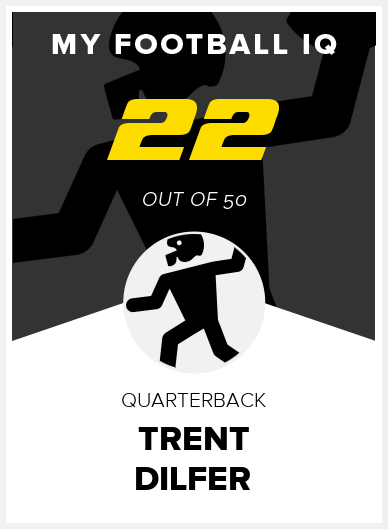