JaMarcus Russell is an ex NFL Quarterback for the Oakland Raiders. Russell was the first overall pick of the 2007 NFL Draft and had a Wonderlic Test Score of 24. Russell is primarily known for being a huge talent who could never put it together in the NFL. After Ryan Leaf, Russell is considered the biggest bust in the history of the NFL Draft. Recently it came out that Russell abused drugs before games with notable rappers including Two Chainz and Lil Wayne. 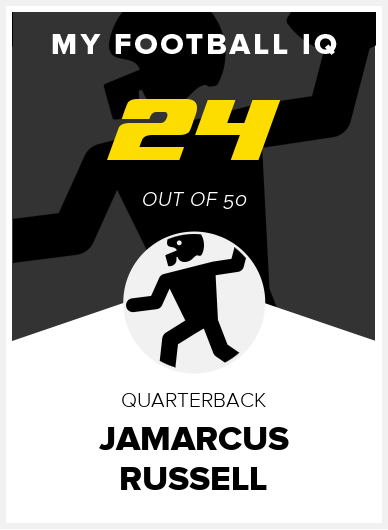