Adrian McPherson has played football in the U.S. and Canada as a quarterback. He plays for the Toronto Argonauts. He also played the quarterback position in high school football in Florida. He played football for two years for Florida State University. In 2003, he was arrested because he was believed to have forged a signature on a stolen blank check. He was found not guilty. He joined Arena Football League team the Indiana Firebirds in 2004. He was named AFL Rookie of the Year that year. In the 2005 NFL draft, he was chosen by the New Orleans Saints. Later, he was signed to the teams Utah Blaze, Austin Wranglers and Montreal Alouettes among others. His Wonderlic test score is 26. 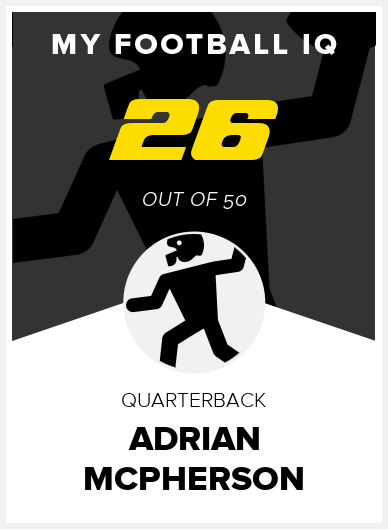