George Godsey is a football player and football coach. He played college football at the Georgia Institute of Technology. In 2000, he played in the Peach Bowl. He tore his ACL during the game. When he graduated, he had the most accurate passing record at the school. His completed passes were at 63.3 percent. He also had 41 passing touchdowns. He was part of the winning team for ArenaBowl XVII with the Tampa Bay Storm. Godsey began coaching high school football in 2003. In 2004, he coached college football. In 2011, he joined the New England Patriots as an offensive assistant coach. Then he began coaching the Houston Texans in 2014 as quarterbacks coach. He has a Wonderlic test score of 28. 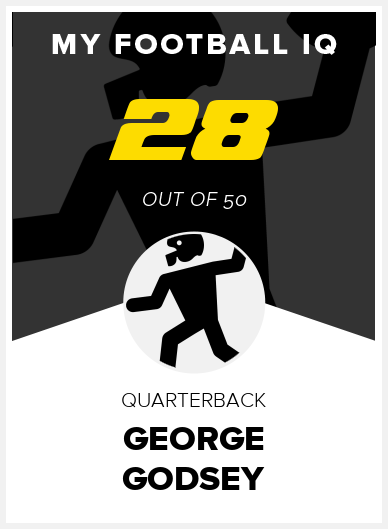