Daniel Cobb is a former college football player that played quarterback for Auburn University. While at Auburn, Cobb played quarterback on a limited basis in both 2002 and 2003. In each year, he played in 8 games and threw for about 1,100 yards on very competitive football teams. He was also known for his abililty to read defenses and off the field leadership.

After finishing college football, Cobb looked into a professional football career. He tested well in several areas, including when he got a Wonderlic test score of 30. Despite his success in college, Cobb did not end up getting drafted into the NFL and never played football at the professional level. 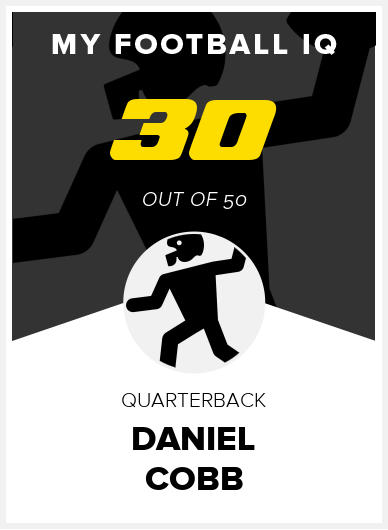