Born in 1990, Chris Borland played for the University of Wisconsin from 2009 through 2013. He was injured early in his 2010 season and was granted a medical redshirt. In 2014, after achieving a Wonderlic Test Score of 32, Borland was drafted by the San Francisco 49ers. His NFL career lasted only 14 games. After the 2014 season, Borland announced his retirement from the game. The linebacker stated that his concerns about head trauma were the driving force behind leaving the sport. 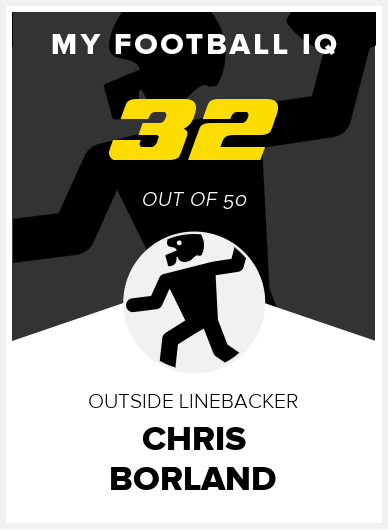