When Craig Ochs finished his college career at the University of Montana in 2005, he had a Wonderlic Test Score of 34. He was one of the top quarterbacks in his alma mater's history. In 2004, he led his team to the national championship game for Division 1-AA. Despite his test score and his college success, Ochs was unable to catch on as a pro quarterback. Undrafted in 2005, Ochs got a tryout with the San Diego Chargers but did not make the team's official roster. He went on to be a quarterback for one season in NFL Europe, where her played for the Frankfurt Galaxy. In 2006, he made the roster for the Buffalo Bills, ending his career there. 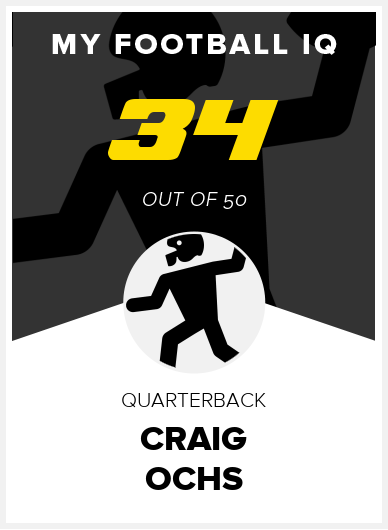