Giovanni Carmazza played college football as a quarterback for Hofstra University in Hempstead, New York. He was a 2000 draft pick for the San Francisco 49ers. He did not, however, ever play a game for the team being beat out for the position by Tim Rattay. He then went on to play for Rhein Fire of NFL Europe before playing for a year at BC Lions of the Canadian Football League. A year later, he moved to the Calgary Stampeders, also of the Canadian Football League, where he finished his career a year later. His Wonderlic Test Score was well above average at 32. 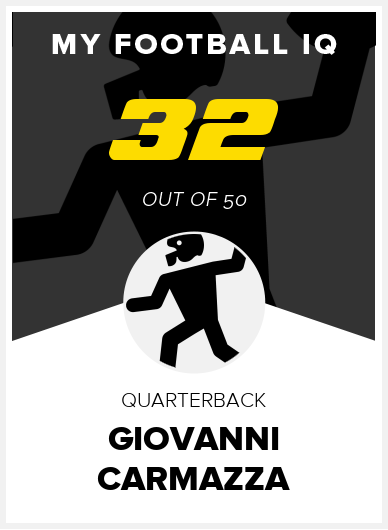