Josh Mccown is a current NFL quarterback for the Cleveland Browns, who has played for 14 seasons for 6 different teams. Mccown, who was drafted in the 3rd round with the 81st pick by the Arizona Cardinals in 2002, has mainly been a backup quarterback for much of his career with a few exceptions. He has played in 77 games over 14 seasons, throwing for 13,142 passing yards with 73 touchdowns to 63 interceptions. His best season came in 2004 with the Cardinals, when he started 14 of 16 games with for nearly 2500 yards and 11 touchdowns. Though his career has been limited, he performed well on the Wonderlic Test Score, scoring 30 out of a possible 50. 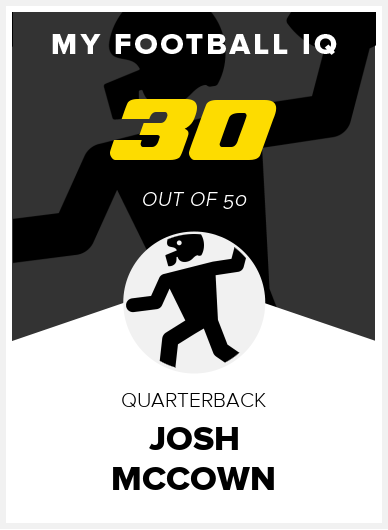