Joey Jarrington is a retired professional football player who played the quarterback position. Harrington has a Wonderlic Test Score of 32. Harrington was born in Portland, Oregon, on October 21, 1978. He played high school football for Central Catholic High School. Joey was known as an outstanding high school quarterback. Harrington attended the University of Oregon where he played college football. He started three years at Oregon. He threw for 2,415 yards during his senior year at Oregon. After his football career at Oregon, Jarrington entered the 2002 National Football League Draft. Harrington was drafted by the Detroit Lions as the 3rd overall draft pick. After a few seasons with the Lions, Joey was traded to the Miami Dolphins. Before retiring Joey also played for the Atlanta Falcons and the New Orleans Saints. 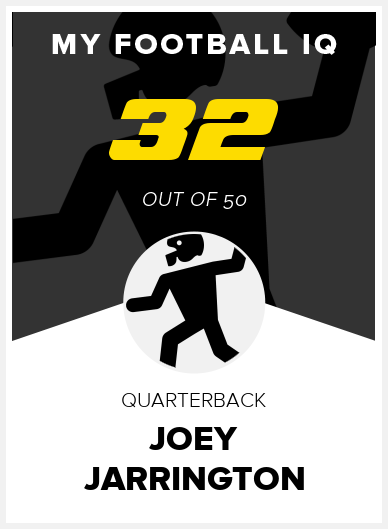