Bill Burke has football prowess as well as the smarts to effectively play the mind game that is football. His Wonderlic Test Score of 30 shows just how prepared to win games he is. After having played for Michigan State, the NFL revealed his intelligence with the Wonderlic Test Score he received after taking the exam all players must endure. It is a boon for Bill Burke to be able to play football and score so highly on this problem solving and aptitude for learning analysis. 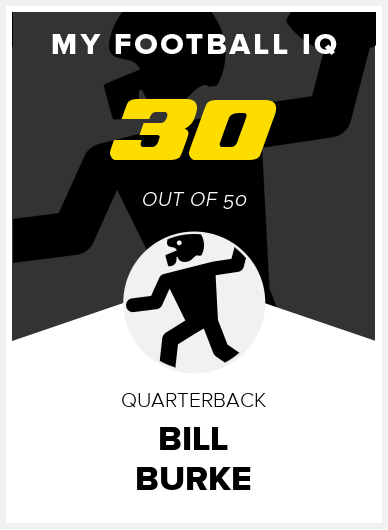