Darnell Kennedy, former Alabama State, Canadian Football League, and Arena Football League quarterback, had a 30 Wonderlic test score coming out of college. As an undersized quarterback (measuring only 5'11" 182 lbs at the NFL combine) and from a Division IAA (FCS) school, Kennedy was rated poorly as a potential NFL quarterback. He ended up going undrafted and opted to play football in Canada. He joined the Calgary Stampeders and served as their backup quarterback from 2002-2003, then later the Ottawa Renegades from 2003-2005. He played his last year of Canadian football in 2006 for the Toronto Argonauts, was out of football in 2007, finishing out his career playing for various Arena Football League teams from 2008-2014. 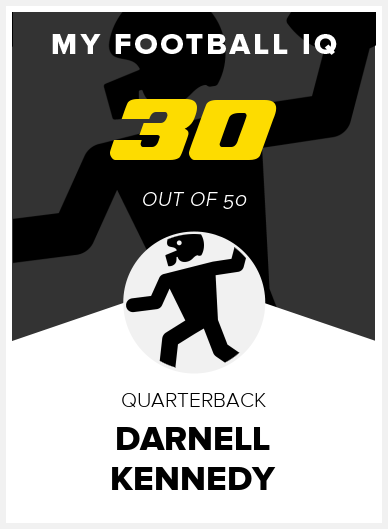