Jason Fife is a former professional football player with a Wonderlic Test Score of 26. Fife was born on January 23, 1981, in San Bernardino, California. Fife attended the University of Oregon where he played college football for the team. He became the starting quarterback for the team during the 2002 season. During the 2002 college football season, Fife was ranked as the second best quarterback in the country. Following college, Fife entered the 2004 National Football League Draft, but was not drafted. He was later signed to the Detroit Lions as a free agent, but was released soon after. Fife had a brief career with the Las Vegas Gladiators and the Dallas Desperados. He has a quarterback rating of 88.91. 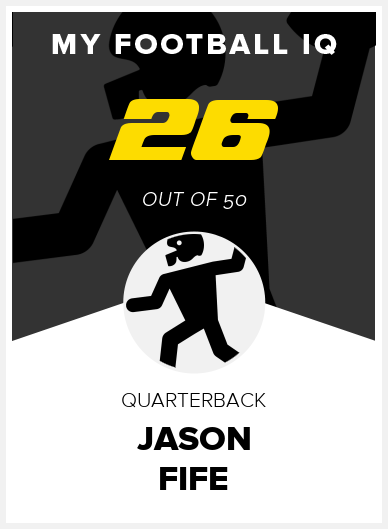