Quarterback Rodney Peete certainly had a rich football career. After finishing second in voting for the Heisman Trophy and garnering a 26 Wonderlic Test Score, Peete was drafted by the Detroit Lions in 1989. From there, he made the official roster of six different NFL teams during a career that spanned 16 seasons. Peete was on the Carolina Panthers team that went to the Super Bowl in 2003. His career numbers include 76 NFL touchdowns and more than 16,000 passing yards. In 2014, Peete was given the NCAA's Silver Anniversary Award. Peete has also been a host on The Best Damn Sports Show Period, and a reality series has been made that explores the Peete family's home life. 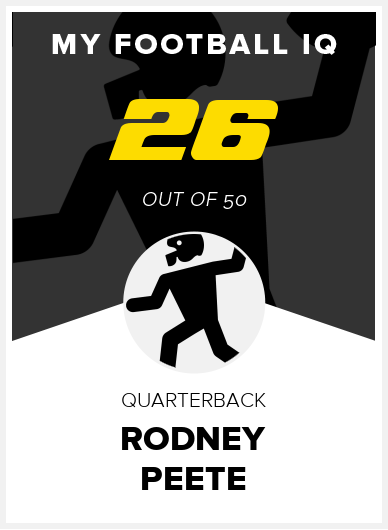