Josh Johnson is a professional football player who has a Wonderlic Test Score of 24. Johnson was born in Oakland, California, on May 15, 1986. He played high school football for Oakland Technical High School. During high school Johnson played football, track & field, and basketball. After high school Josh Johnson attended the University of San Diego. He earned All-American honors during his time at the University of San Diego. During his last year of college football, Josh was invited to play in the East-West Shrine Game in Texas. Josh was the Offensive MVP of the game. After college, Johnson entered the 2008 National Football League Draft. Johnson was drafted by the Tampa Bay Buccaneers as the 160th overall draft pick in 2008. 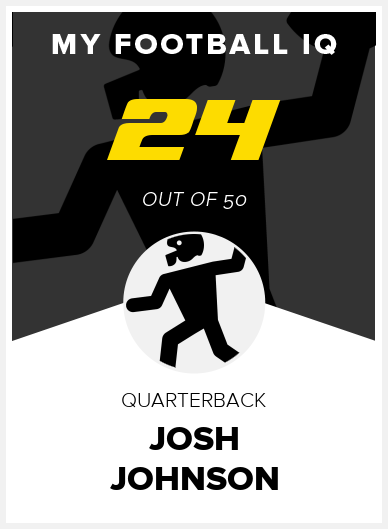