Kevin Pierre-Louis is a football player for the Seattle Seahawks in the position of linebacker. He is player number 58. He played fullback and middle linebacker positions in high school in Stamford, Connecticut. In college, he played football for the Boston College Eagles. After his senior season in 2013, he was chosen as a first team All-ACC. In 2014, he was drafted in the fourth round of the NFL draft by the Seattle Seahawks. He had 10 tackles in his first season. He won an honorable mention All-ACC in 2012 and was an NFC Champion in 2014. Kevin has a Wonderlic test score of 24. 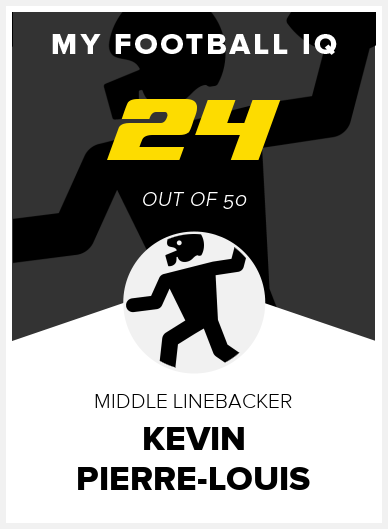