Jacksonville, North Carolina's Marcus Jones made his mark on college football at the University of North Carolina, where he achieved All-American status in 1995. He soon entered the NFL with a Wonderlic Test Score of 24. The Tampa Bay Buccaneers drafted Jones in the first round of the 1996 draft. He made their roster as a defensive end and started 39 games. Though never making a Pro Bowl, Jones played in 85 games before retiring in 2002. After retiring from professional football, Jones became interested in mixed martial arts fighting. He participated in several MMA bouts and made clear that he was a dedicated athlete. 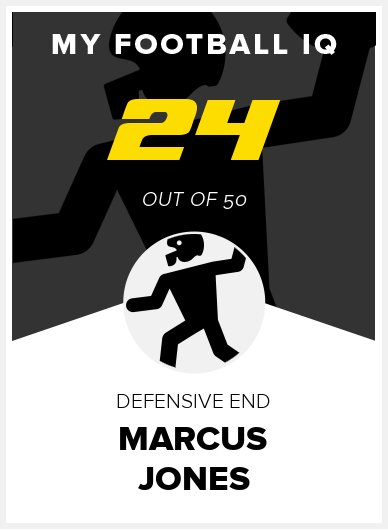