Tim Couch, former University of Kentucky and Cleveland Browns quarterback, had a Wonderlic Test Score of 22 at the 1999 NFL combine. His score was about 10% lower than the league average of 24. He was rated very highly in the draft coming off a season at Kentucky with over 4600 yards, 38 touchdowns, and All-America honors. He was later selected 1st overall in the 1999 NFL Draft by the Cleveland Browns. He started for the Browns from 1999-2003, playing poorly throughout. He was cut during the 2004 offseason and never made another NFL Roster. Tim Couch is widely regarded as one of the worst draft busts of all time. He currently works as an analyst on Fox Sports South. 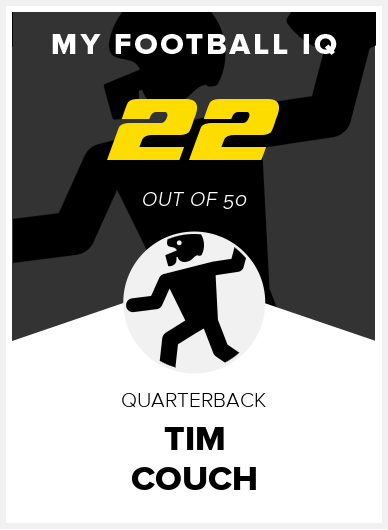