Tarvaris Jackson won a Super Bowl as a back up to Russell Wilson in 2013. He did get to play in the game itself as the Seahawks trounced the Broncos. Most remember Jackson's failed stint with the Vikings who drafted him in 2006 from Alabama State. He came into the league with a wonderlic test score of 19. The test that measures mental capacity would place him at the lower end among his fellow quarterbacks. When compared to the 37 that Aaron Rodgers put up entering the league it could be safe to say that mental capacity has a lot to do with NFL success as a quarterback. 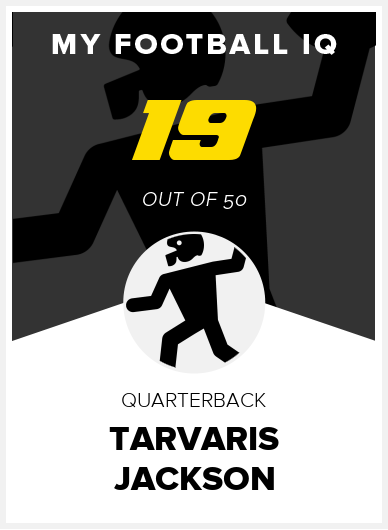