Scott Covington is a retired professional football player with a Wonderlic Test Score of 21. Covington played the quarterback position during his professional football career. He has a quarterback rating of 64.6. Covington was born on January 17, 1976 in Fresno, California. He played football for the University of Miami Hurricanes where he was the starting quarterback. After college Covington entered the 1999 National Football League Draft. He was drafted by the Cincinnati Bengals as the 245th overall draft pick. After a few seasons with the Bengals, Covington played football for the St. Louis Rams and the Toronto Argonauts. 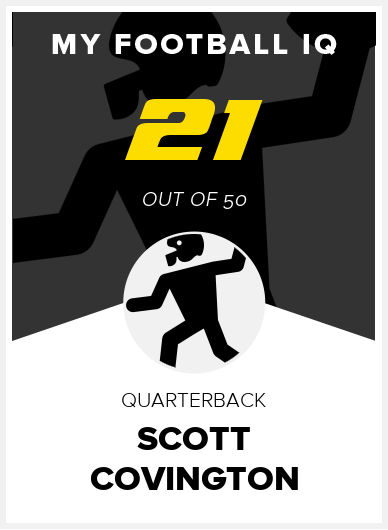