Kevin Hardy played linebacker for the Jacksonville Jaguars, the Dallas Cowboys, and the Cincinnati Bengals throughout his nine-year professional career. Hardy got his start at the University of Illinois in 1994 and was awarded the Dick Butkus Award and named a Consensus All-American in 1995. Throughout his two-year collegiate career, Hardy notched five interceptions in 23 games. Kevin Hardy earned a Wonderlic test score of 21 and was drafted second overall in the 1996 NFL Draft. Since, Kevin Hardy notched 741 tackles, 36 sacks, 5 interceptions, and 9 forced fumbles in 134 games. 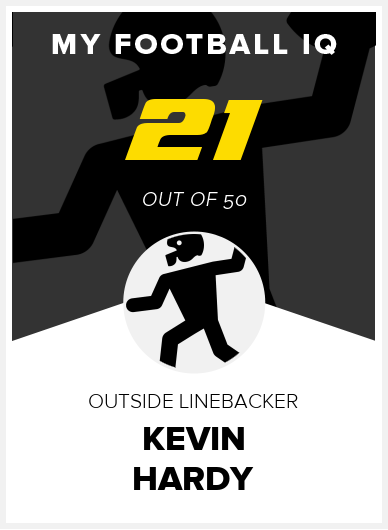