Stefan LeFors is an American Football player with a Wonderlic Test Score of 30. LeFors has played professional football for both the American and Canadian football leagues. LeFors was born in Baton Rouge, Louisiana on June 7, 1981. After high school, Stefan LeFors played college football for the Louisville Cardinals at the University of Louisville. While at the University of Louisville, LeFors played the position of quarterback. LeFors was an outstanding college football player, ranking as the 4th best leading passer. After college, LeFors went on to play professional football for the Carolina Panthers, Edmonton Eskimos, and the Winnipeg Blue Bombers. 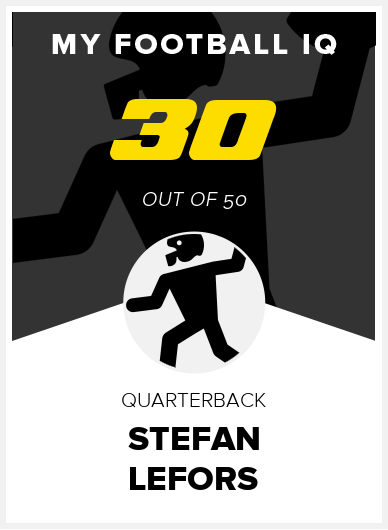