Johnny Manziel, also known by his nickname "Johnny Football," debuted for the Texas A&M Aggies as a redshirt freshman. He became the first freshman and fifth player in NCAA history to pass for 3,000 yards and rush for 1,000 yards in a season. At the end of the regular season, Johnny became the first freshman to win the Heisman Trophy, Manning Award, and the Davey O'Brien National Quarterback Award. 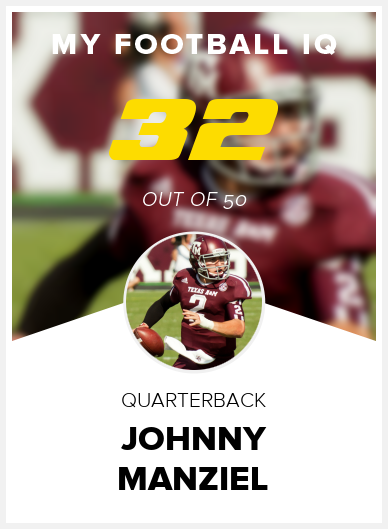