Jake Matthews is a professional football player who currently plays the offensive tackle position. Jake has a Wonderlic Test Score of 32. He was born on February 11, 1992 in Missouri City, Texas. He attended Elkins High School in Missouri City where he played football and was recognized as a first team all district player. He was also considered a four start high school recruit. After high school Matthews played college football for Texas A & M. During his college football career Matthews was recognized as a first team All-Southeastern Conference selection. After college Matthews entered the 2014 National Football League Draft. He was drafted by the Atlanta Falcons as the 6th overall pick. He is currently an active member of the Falcons roster. 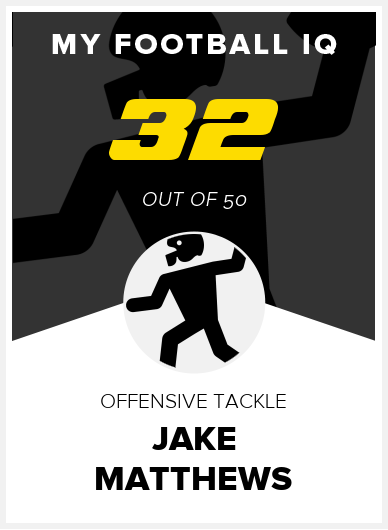