Rod Rutherford is a quarterback that played college ball for Pitt where he set a single season record passing for 3,679 yards. With a Wonderlic Test score of 17, Rutherford entered the NFL in 2004 as an undrafted free agent and signed with the Carolina Panthers as the number 12 quarterback. Rod Rutherford spent the 2007 season playing in NFL Europa on the Hamburg Sea Devils and on the Erie RiverRats in the American Indoor Football Association in 2008. While on the practice squad for the Pittsburgh Steelers, Rutherford got a ring when the Steelers won Super Bowl XL. 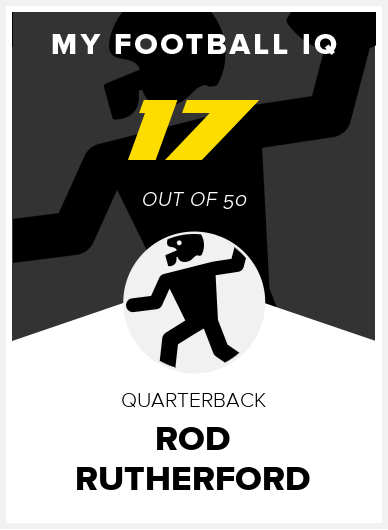