Linebacker Prince Shembo hails from Charlotte, NC. He played his college ball at the vaunted Notre Dame, where he played in all 13 games of his freshman season. In 2014, the Atlanta Falcons drafted him in the fourth round. His Wonderlic Test Score was 19. Since his college days, Shembo has seen legal troubles, among which is a charge that he intentionally kicked his girlfriend's dog to death in 2015. In the wake of that controversy, Atlanta waived Shembo after one season. 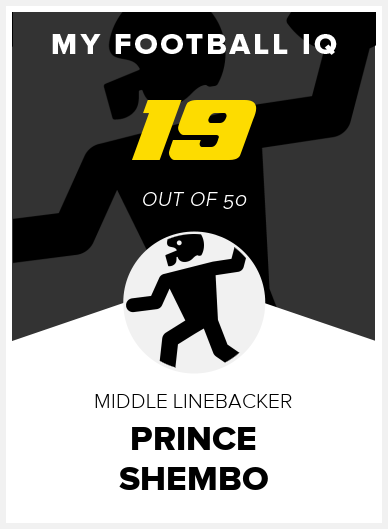