Martavis Bryant plays football in the position of wide receiver for the NFL team the Pittsburgh Steelers. He played football in high school in South Carolina. He had 70 receptions and 11 touchdowns as a high school senior. He played football at Clemson University, and he played in the Orange Bowl. In 2014, he skipped his senior season and entered the NFL draft. The Pittsburgh Steelers chose him in the fourth round. In his second season with them, he was suspended for four games because of substance abuse. He attended rehab and returned to playing. He injured his knee in 2015. He returned to the game in October 2015. He has a Wonderlic test score of 14. 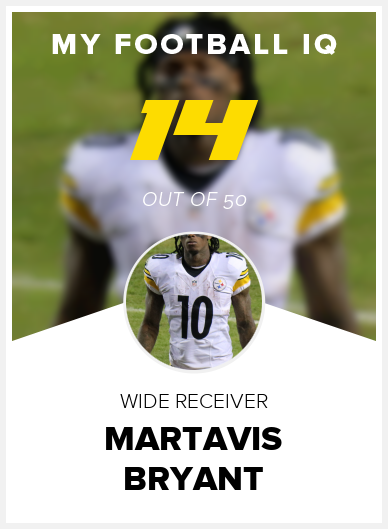