Eric Ebron attended the University of North Carolina, playing 34 games from 2011 to 2013. Ebron accumulated 1,805 receiving yards and 8 touchdowns from 112 receptions. Eric holds the ACC record for single-season receiving yards at 973, including four records at UNC. Ebron impressed NFL scouts at the 2014 NFL Combine with his 6'4" frame, 4.60 40-yard dash, and a Wonderlic test score of 16. Ebron was selected by the Detroit Lions as the 10th overall pick in the 2014 NFL Draft. In Eric Ebron's first two years in the NFL, he accumulated 785 receiving yards and 6 touchdowns from 72 receptions. 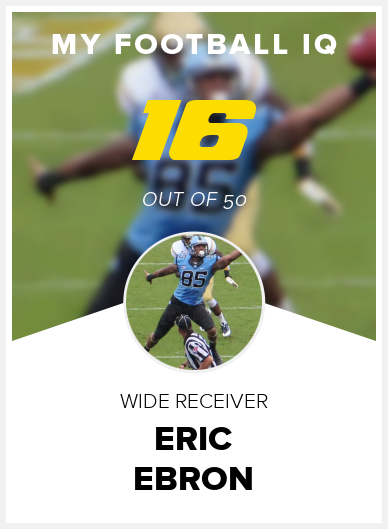