Daunte Culpepper is a former American football quarterback. According to Wonderlic Test Scores, he has a score of 18. He played for the Minnesota Vikings as a first round draft pick. He lasted 10 years in the NFL and one year In CFL. He is a 3x Pro Bowl Selection, 2x All-Pro selection, and led the NFL in passing yards in 2004. He attended UCF for college where he would be the premier quarterback. He set plenty of school records, approximately 30 in all. He set the NCAA record for single-season completion percentage at 73.6% breaking Steve Young's 15 year old record. He finished his collegiate career with 12,459 yards, 84 passing touchdowns and 24 rushing touchdowns. 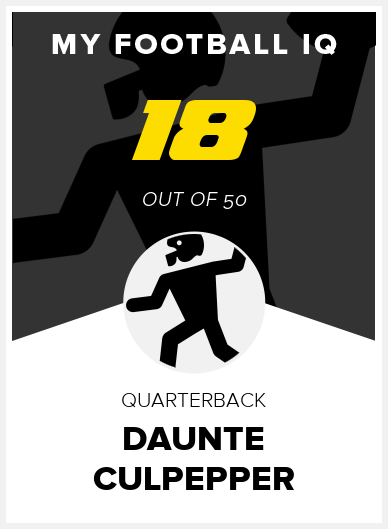