Luke Getsy works for the Green Bay Packers as a wide receiver coach. He played football in high school and was a starting quarterback all four years. He played college football at the University of Pittsburgh and University of Akron. Akron had its first bowl game with him as quarterback. They played in the Motor City Bowl in Detroit. He signed with the San Francisco 49ers as an undrafted free agent for the 2007 season. In addition to coaching with the Green Bay Packers, he has also coached at West Virginia Wesleyan College, the University of Pittsburgh and Western Michigan University. He received a Wonderlic test score of 20. 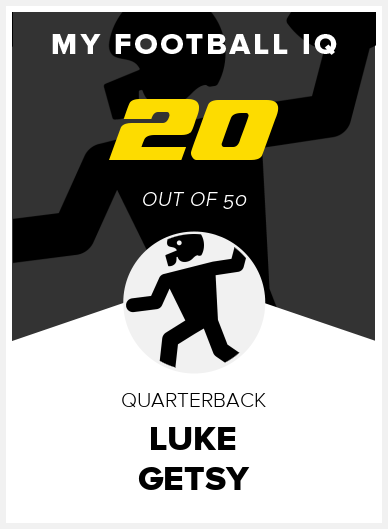