Mark Brunell is a former professional football player. He has a Wonderlic Test Score of 22. Brunell played the quarterback position during his professional career. He currently serves as the heat football coach at the Episcopal School of Jacksonville, Florida. Brunell was born on September 17, 1970, in Los Angles, California. He played college football for the Washington Huskies. After college Brunell entered the 1993 National Football League Draft. He was drafted to the Green Bay Packers as the 118th overall pick. After his career with the Packers, Brunell played football for the Jacksonville Jaguars, the Washington Redskins, the New Orleans Saints, and the New York Jets. During his career with the Jaguars, Brunell was selected to the Pro Bowl three times. 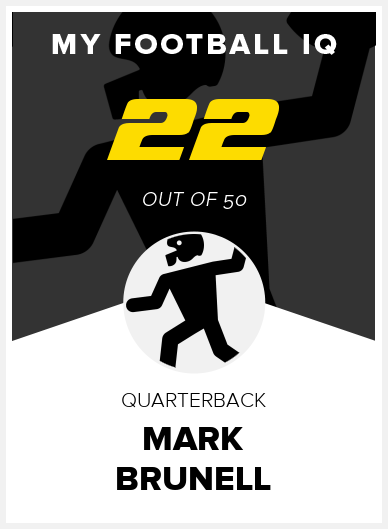