AJ McCarron plays the position of quarterback for the NFL team the Cincinnati Bengals. He played football in high school in Alabama. In 2009, he played at the U.S. Army All-American Bowl. He also played college football in Alabama as a starting quarterback. In 2014, he was drafted by the Cincinnati Bengals in the fifth round. He won the Johnny Unitas Golden Arm Award in 2013 and the Maxwell Award in 2013. He also twice was SEC Champion and three times BCS Champion. In addition, he was named the BCS Offensive MVP in 2012. He has a Wonderlic test score of 22. 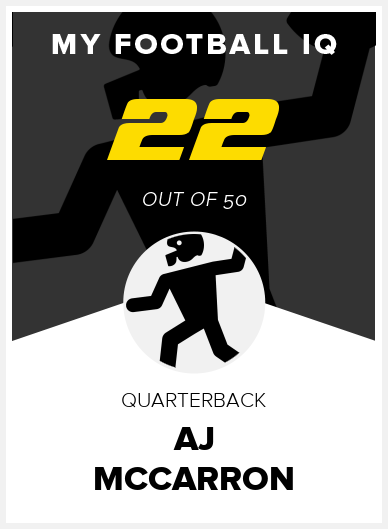