John Navarre is a former professional football player that played quarterback in the NFL for three seasons. Navarre was first known for the success that he had as the starting quarterback at the University of Michigan. While he was in college, his most successful season came in 2003 when he led Michigan to the Outback Bowl and broke many school single season records.

Navarre had a very successful college career and did well in the NFL Combine, which included a Wonderlic test score of 24. He ended up being drafted in the seventh rounds of the NFL Draft by the Arizona Cardinals. Navarre ending playing as the third string quarterback for the Cardinals for two seasons before playing in a limited role. 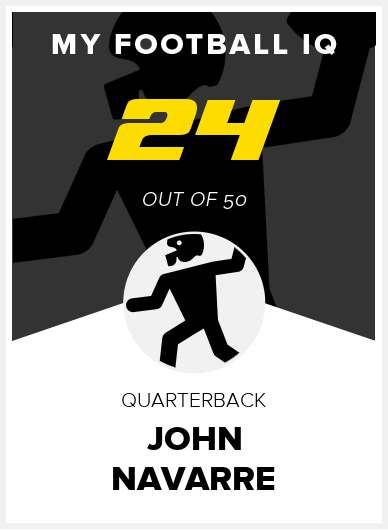