Defensive tackle Regan Upshaw played spent his college eligibility playing for the University of California. While at Cal, he built enough stats and acclaim to garner a first-round pick in the NFL draft of 1996. Drafted by the Tampa Bay Buccaneers with a Wonderlic Test Score of 24, Upshaw was on the roster of five total NFL teams. In a career that lasted nine seasons, Upshaw netted one interception and 34.5 sacks. His final team was the New York Giants. 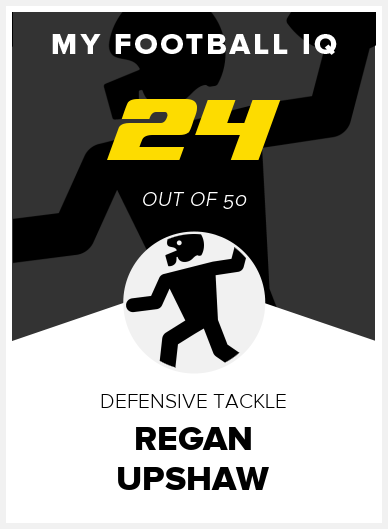